Most Owners of Wearable Fitness Devices Continue to Use Them Daily According to New National Study
Consumers Value Tech Features to Automatically Measure Calorie Intake, Hydration and Stress Levels

REDWOOD CITY, Calif., Dec. 18, 2017 /PRNewswire/ -- Forty percent of Americans, ages 18 or older, have used a wearable device for tracking their health, exercise activity or sports performance, and among those who now own a so-called "wearable," more than half (51 percent) say they use it at least once daily and 70 percent say they use it daily or weekly, according to new national study of Americans' habits and attitudes concerning, exercise, weight and diet. 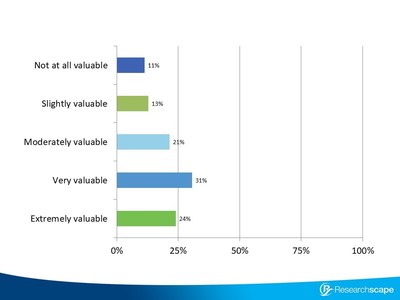 The most common use for trackers is counting steps taken (39 percent), calories burned (36 percent), heartbeat (31 percent), distance (28 percent) and sleep quality (25 percent). But more than three quarters of users and non-users (76 percent) indicate it would be moderately, very or extremely valuable if a wearable device could automatically measure the calories they consume. Similar margins indicated they would value devices that automatically measure hydration level (82 percent) and stress level (80 percent).

The online study, conducted by Researchscape International on behalf of Healbe (www.healbe.com), surveyed 1,041 consumers, ages 18 and older, between November 6 and 9, 2017. Consumers were quota-sampled using 32 different cells (gender by age by region) to closely match the overall national population. Healbe is the manufacturer of the GoBe™ 2, the first wearable that automatically measures calorie intake, hydration levels and emotional state non-invasively through users' skin.

"Active people concerned about health, weight and well-being want to be able to monitor their status and progress," said Artem Shipitsyn, CEO and co-founder of Healbe. "Having technology that can automatically monitor, measure and report on multiple health factors makes it easy to do so and significantly easier to recognize bad habits and integrate healthier habits into a daily routine.  Fitness coaches and nutritionists can also track how their recommendations are implemented, tailor their programs in real time and achieve their clients' goals more efficiently."

When users of wearables were asked which aspect(s) they liked most about using their device, ease of use of the product's mobile app was the most frequently named choice, at 45 percent, outdoing both brand reputation and device design, both with 37 percent, and price, at 35 percent. Respondents were permitted to select more than one choice in answering.

Most survey respondents (53 percent) identified themselves as being overweight including seven percent who classified themselves as obese.  Only five percent said they were underweight.  While just over a third of respondents (36 percent) said they were currently dieting, those who said they were overweight or obese were two to three times as likely to be currently dieting, usually at the recommendation of a doctor.  Whether dieting or not, respondents understood dieting as a process of monitoring and reducing caloric intake, either by avoiding specific foods (typically fats or carbohydrates) or by adjusting portion size.

"We are at the beginning of a new era in health and wellness wearables where solutions to health problems can now be based on real physiological responses in the body," said Stan Povolotsky, co-founder, Healbe.  "There have been studies which concluded that fitness trackers provide good, but incomplete, solutions for helping users to lose weight because they are missing some key factors. None of the devices used in those studies measured actual caloric intake or hydration and stress levels, all of which affect weight loss.

"Equipping dieters with more complete data removes the guesswork and provides consumers with the incentive to adhere to a diet regimen. Our latest wearable, the GoBe 2, is the only device on the market with the technology to derive all this data and provide it to users. This should be able to help anyone, not just dieters, achieve personal health goals and maintain a healthier lifestyle."

Other significant findings from the survey included six in ten adults stating they exercise at least once a week, including 26 percent who exercise two or three times weekly. Among adults who exercise more than once monthly, 45 percent said they do so to maintain general health and weight, while the same percentage said they do so to lose weight. By a wide margin, more than 20 percent, walking was named as the most popular form of exercise, and among the top ten most popular forms mentioned – gym cardio and cycling were second and third, respectively  – no team sports made the list. 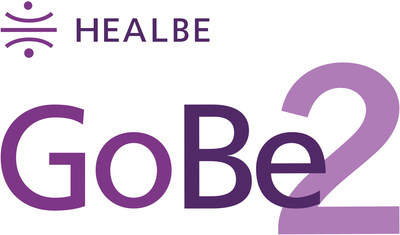