MILPITAS, Calif., Sept. 30, 2021 /PRNewswire/ -- Eric Raff, co-founder and CEO of XL Construction, will step down as CEO of the purpose-driven Northern California general contracting firm at the end of 2021 and assume the role of executive chairman. He will be succeeded by Richard Walker, the current president who partnered with Raff and the rest of the leadership team to drive the company's recent growth while maintaining its focus on building to improve lives. 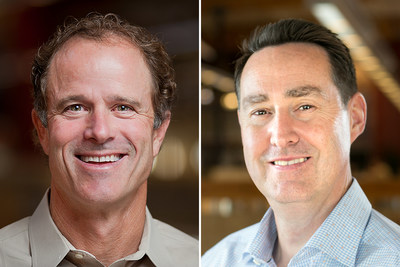 The executive moves are part of a long-term strategic management succession plan, which delivers on a core element of the company's 10-year vision to provide ongoing growth and leadership development opportunities for its employees.

Raff, age 60, launched XL back in 1992 together with Dave Beck, executive vice president. In recent years, he has focused his energies on corporate and organizational strategy, long-term company vision and developing ways to further institutionalize the company's focus and status as a top-ranked Bay Area general contractor. Under his leadership, the company has been consistently ranked as one of the best places to work and has won more than 75 industry awards since 2011 including several awards tied to the company's health and safety culture and numerous recognitions by its clients.

"After nearly 30 years, it's the right time for me to shift to an advisory role in XL and allow the next generation of leadership to take over strategic and day-to-day management in order to build an enduring company positioned well for the next 30 years," said Raff.

"We're extremely fortunate to have a leader as capable and dedicated to our purpose and values as Richard Walker. He has an incredible background and level of experience. Under his leadership, we have expanded and evolved both the size and nature of our work, while staying true to our purpose and maintaining our special culture. I am grateful for his partnership and commitment to the organization, as well as his willingness to take on this next leadership challenge. In doing so, he is giving us all an opportunity to grow, take on new challenges and thrive – myself included," said Raff.

Walker joined XL Construction in 2014 – initially as chief operating officer charged with overseeing operations. During that period, he helped drive significant growth and build key services, including preconstruction, construction technology and sustainability. In 2019, Raff became CEO and appointed Walker as president. In this capacity, he continued to facilitate substantial growth and drove the advancement of the company's strategic anchors, particularly in delivering specialized expertise such as mass timber and developing people.

Walker has a B.S. in finance, with a minor in economics, from San Diego State University and a J.D. from the University of California, Hastings College of Law. He serves as executive board member for HomeAid Northern California, a non-profit dedicated to addressing homelessness. He is also a member of several industry associations, including NAIOP, ULI and the Bay Area Council. Walker resides in Berkeley with his family.

"It has been a privilege to partner with Eric and the rest of our senior leadership team to build a company committed to doing what is right for our clients, team members, partners and the communities we operate in and serve," said Walker. "Under Eric's leadership, we have built a company whose core values of We Not Me, Be True and Go Beyond are truly put into action every day."

XL Construction is a leading general contractor whose mission is to "build to improve lives." XL partners with today's leaders in life sciences, advanced technology, corporate office, civic, healthcare and education to create places that make its communities better. The company's focus and passion for team success has earned it a network of great partners and a reputation for putting people first. XL Construction is consistently ranked among the top general contractors in Northern California. In 2020, the company was named ENR California's Top General Contractor of 2020 and the #1 Best Place to Work in the Bay Area.